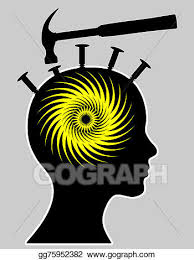 Exhausted from being Sick and Tired

A few weeks ago I had an awful week. It left me homebound in bed, lying in my dark bedroom, trying to get relief from an unbearable migraine, nausea, vomiting plus light and noise sensitivity. After my first traumatic brain injury (TBI) over 22 years ago (which went misdiagnosed for over 20 years), chronic pain and uncertainty have been constants my life. If you have a TBI and post concussion syndrome (PCS), you likely know exactly what I mean. Some days are “good” days which I would compare to “bad” days prior to having multiple concussions! On “good” days, I’m able to leave the house, go to the gym and prepare a meal or two, and get eight hours of sleep. Sounds simple, right?

The answer is that it is supposed to be easy: Get ready, make smoothie, leave home, prepare meals and sleep. Most people would likely look at my “good” days as lazy. I GET IT! I used to be Ms. Independent and Ms. Competitive – the quintessential go-getter! I thought I’d “rest when I die!” No joke that’s what I used to tell others.

Unfortunately, a TBI and PCS are multi-dimensional. What I mean by multi-dimensional is that there isn’t a magical pill to heal, it requires work that we were never taught. Initially, I started to wonder why does someone who had a slip and fall take longer to recover than someone in a severe car accident? I don’t have the answer to this question. I do believe that TBI patients that are brought in with a major trauma are handled differently that those of us that came in through the ER or went to our doctors. Clearly, survivors that are airlifted and/or had jaws of life to get them out of a vehicle, it is often a life or death situation. However, every body heals differently from brain injury.

Healing my brain has been far more different than healing my shoulder or knee after reconstructive surgery. After surgery, you typically rest for a week then start physical therapy and get better within a several months. Healing the brain requires work that in a sense can be rather frustrating. Some therapies work and others don’t. Most “natural” treatments are not covered by insurance. Initially, I trusted doctors but I soon realized these medications were merely the bandaid effect, leading to poly-pharmacology. This poly-pharmacology caused a near death experience. That was when I became my own advocate. Yes, there is a connection between the brain and gut!

Being sick with a brain injury is not just physical. There is an emotional, mental component as well. What I mean by this is we have to work through any trauma and drama, whether is was caused before, after or a result of the TBI. Being honest, direct and candid with my practitioners about my past traumas, has catapulted me to look at my life as a whole. What parts of my life are working and what needs to change? A lot and I’m working on it! Stay tuned as I continue to make progress and have setbacks.